They say they cannot find markets for their tea, and what is really depressing, they do not have enough irrigation water for their crops.

They add that in their new location, about 150km from their old village, there is a lack of markets - and roads and schools.

The families are now living in two communes, Thanh Son and Ngoc Lam in central Nghe An Province's Thanh Chuong District. Vi Van Thoan, one of the farmers affected, said that he and his neighbours had established tea plantations, but they did not know many buyers. 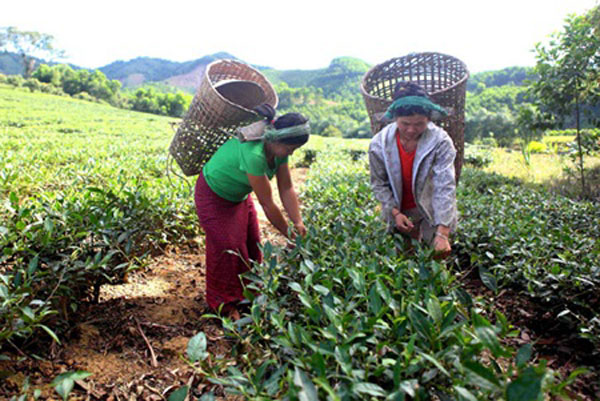 Farmers harvest tea in the resettled Thanh Son Village, Thanh Chuong District, Nghe An Province. More than 2,500 families resettled after their land was taken for Ban Ve hydro-power plant 10 years ago say their lives are still shattered by the move.

"We hope Government agencies will help us find outlets," he said. "Our lives could stabilise if we could find good outlets."

Lu Van Dau, head of Xop Lam Village in Thanh Son Commune, told the National Assembly TV channel that the resettlement area did not have enough irrigation water for crops.

On another front, Kim Lam Kindergarten, built for resettled children, has already been declared to be substandard. 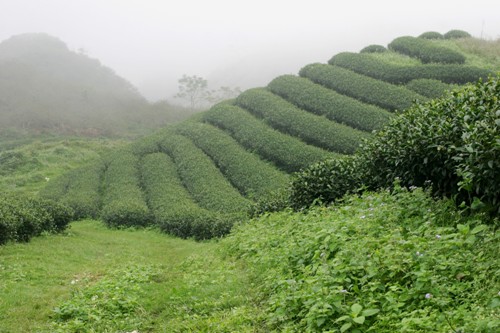 The provincial People's Committee claimed it was working with Ban Ve Hydro-Power Joint Stock Company to fix the problem.

Due to all the difficulties, some families have already returned to their old homes in the catchment area in Tuong Duong District.

This led the provincial People's Committee to seek help from Tuong Duong District authorities to return the people back to the resettled area.

The 320-MW Ban Ve Hydro-power Plant, located in Tuong Duong District, cost VND6.74 trillion (US$309 million). It was connected to the national grid in May 2010.