The most beautiful tourist destinations in Moc Chau

Son Moc Huong Cave
Son Moc Huong also known as Moc Chau queue name has long become familiar with the many tourists visiting the Moc Chau, Son La. From Moc Chau town, opposite the road to Son La town of about 300 m, Son Moc Huong Cave in the mountains on the right, how Highway 6 about 150m

Entrance facing south overlooking the valley grew, in its middle large valley consists of seven small mountains like a pearl. From the observable both Moc Chau. Inside are structured, giving theviewer the feeling lost in the magical world 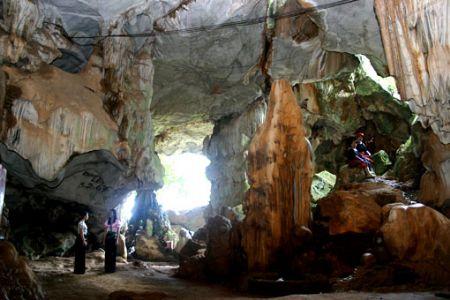 Old pine hill
Take route 2 km from the district capital, visitors can come to an old pine hill with beautiful views over the hills of lower bowl. It is very close to town, very convenient traffic suitable for camping,picnic. In the future there may be ideal to build a golf course. 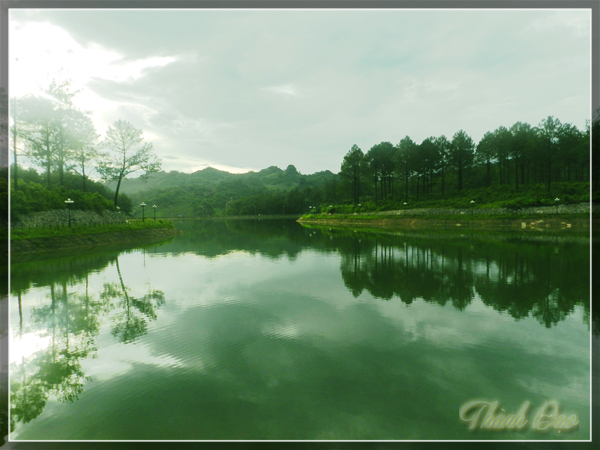 From Pa gate junction, traveling by car on the main road or along the stream, about 4 km to where the confluence of two streams of a waterfall. Folk legend in this cascade is the affection of the girlband save the boy from the flood. Falls below the level of the road but two waterfall down to a height of 100 m, one side is divided into nine floors, the remaining 5. Two operators are separated byabout 200 m, but in some ways it is a very convenient flat ground for the gathering of visitors 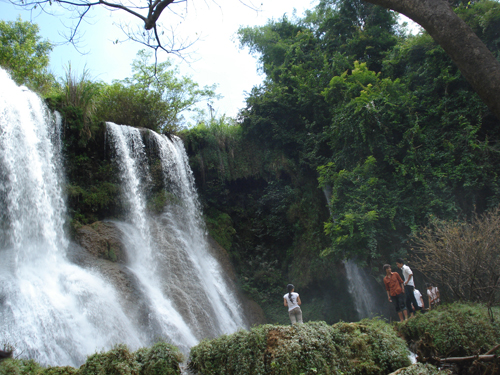 In Moc Chau tea factory specializing in manufacturing for export and domestic demand service. Moc Chau Farm was established in 1958, with thousands of the same cows, the farm is the largestprovider of cow's milk in the country and is one of the major tea-growing center of the country. Tourists come here to admire the vast fields of raw materials, with white plum flower gardens. 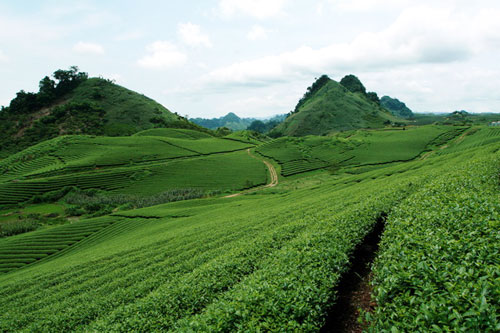 Moc Chau is about 40 kilometers south of Xuan Nha natural reserve, where there is plenty of forest and rare animals such as tigers, bears ... are favorable conditions for thedevelopment of ecotourism.

Moc Chau Plateau is situated at an altitude of 1050 m above sea level, about 200 km away from Hanoi to the northwest along Highway 6. Route: Hanoi - Lang - Hoa Lac Xuan Mai - QL6 - HoaBinh - Mai Chau - Moc Chau