Festival style of The Mong at Ta Phinh village 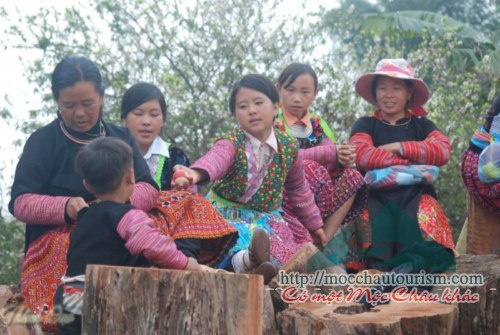 When adult busy bless each other with warm corn side dish of rice wine, the kids were pretty good value altogether to play outside. Then grabbed five clustered three straw chat, more crowded, the rating agencies turned, threw pound and blowing huh smiled. Mischievous little boy jumped into pounds robbery of the girls, all group cheers chasing each other around the yard.

It was not until the 3rd, 4th, adult beginners festival. At this point of the stadium and surrounding fields that are bright red arena. Children then threw pounds, beat returning, adult, soccer, volleyball .... 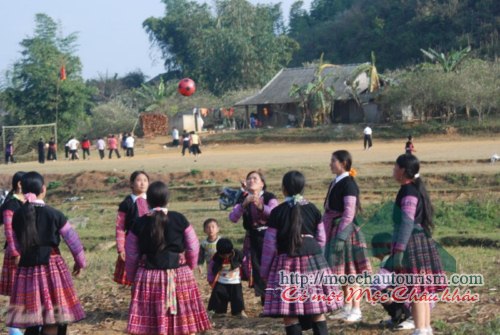 The most fun is the largest and the first match pounds (game throws pounds over the net), look through the simple and boring, but play really see hard game, and the winning team is also celebrating excited notless sister soccer in seagame is named a few. 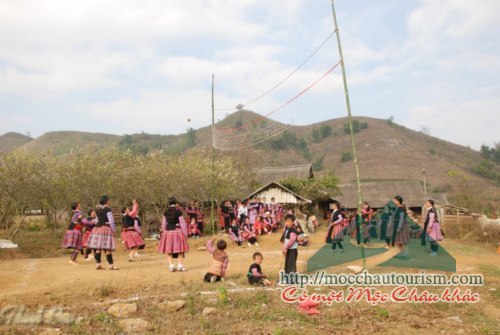 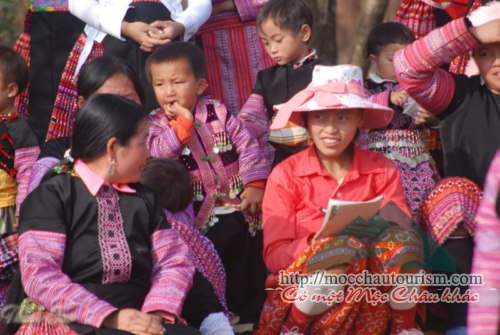 Powerful men choose the games become more significant resistance, it is the top football games, or jubilant volleyball, blood fire.Competition rules a bit unusual: dress is not necessarily the same color; number of players on each side ... not limited to, anyone can participate in the game, as long as enthusiasm; playing time perfootball game, or the score of a volleyball checks ....Unlimited. So, a football match can take place all afternoon, a team instead of a few dozen players, a volleyball match each team can have up to 24 players, beat the 47th point has not gone away checks. How to participate in the game as simple as personality and lifestyle of the Mong people: the naive, simple, the need is enthusiasm, sincerity. 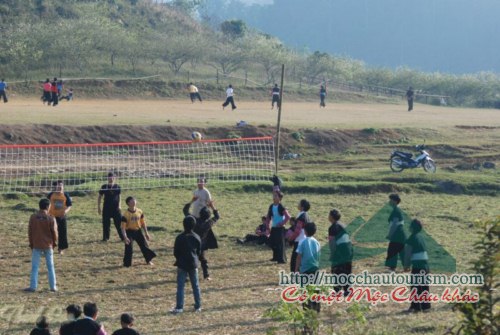 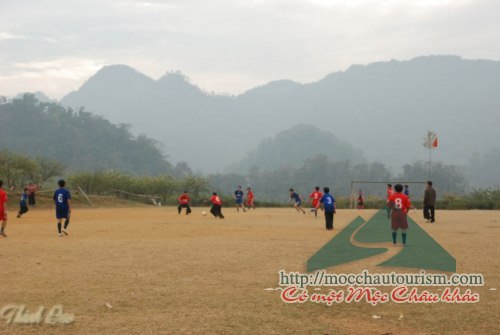 Goodbye Ta Phinh in the rare afternoon sunshine aneurysm of a late winter day, the hearts of the still eager to food festival season later ...

Note: The above article reprinted at the website or other media sources not specify the source https://mocchautourism.com is copyright infringement
Tags: festival style of the mong
Tweet